Groupe Renault is a French multinational company group that manufactures a wide range of cars and vans.

In the past, Renault also made trucks, tractors, tanks, buses, and autorail vehicles, but Renault Trucks (Renault Véhicules Industriels) was acquired by AB Volvo in 2001 and Renault Agriculture has been a part of the German manufacturer CLAAS since 2008. 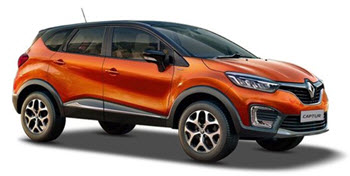 In 2013, Renault became the leading seller of electric cars on the European market, chiefly due to the success of the five-door supermini electric car Renault Zoe. The Zoe topped European sales in the plug-in electric car segment in 2016, and ranked among the world’s top 10 best-selling plug-ins in 2015 and 2016.

The French government owns a 15% stake in Renault.

Since 2012, Daimler’s Mercedes A-Class and B-Class cars have been using engines manufactured by Renault. Groupe Renault owns a small (1.55%) stake in Daimler AG of Germany.

Current model line up, with calendar year of introduction or most recent facelift

Dacia vehicles, which are sold under the Renault marque in some markets

Renault Samsung vehicles, which are sold under the Renault marque in some markets

In 2013, Renault became the leading electric vehicle producer in terms of sales in Europe, due to the popularity of Twizy, Fluence, Zoe, and Kangoo.