Vivendi is trades as VIV on Euronext, and is included in the CAC 40 index.

Although being a company rooted in the 19th century, today’s Vivendi is chiefly focused on digital entertainment and its portfolio of companies includes – among other things – the channel and movie producer Canal+ Group and music company Universal Music Group.

During recent years, Vivendi has been on a path towards cultivating better synergies between its many different subsidiaries, a trend that became even stronger after the appointment of Vincent Bolloré as company president in June 2014.

Canal Plus Group SA is a French film and television studio and distributor. It is the leading pay television group in France, and it is also active on several other markets in and out of Europe. 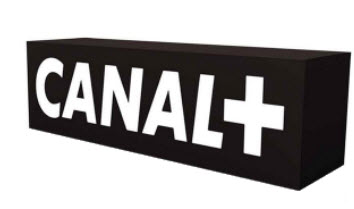 The group is the French film industry’s largest financial backer, participating in the financing of the vast majority of films produced in the country. Its film library includes more than 5,000 films.

One of the groups subsidiaries, the StudioCanal, spends roughly €200 million a year on movie production and has funded many well-known non-French speaking movies, such as Tinker Tailor Soldier Spy, Paddington, JFK, Falling Down, Leaving Las Vegas, Elizabeth, Love Actually, Frost/Nixon, Atonement, A Serious Man, The Pianist, and The Imitation Game.

The Vivendi Village is a group comprised of agile companies active in the fields of digital and live entertainment. This includes companies selling and distributing live entertainment tickets in France, UK and USA. Vivendi Village also owns the concert venue L’Olympia in Paris, and has announced plans for the creation of ten live-performance venues in central and west Africa.

Examples of assets owned by Vivendi

Here are a few examples of record labels in the Universal Music Group: